Why investing in the Food and Beverage industry in Spain and how to do it?

This is the first in a series of articles that will provide the reader with a view that has been cross checked with accurate and reliable data from the agri-food industry in Spain. Throughout this series we will review the current state of demand (in this first article), the subsectors and main companies, the merger and acquisitions activity, as well as trends and future opportunities. All this to allow the investor to understand the why, where and how to invest in this industry, taking into account the key points to consider in an acquisition or sale process, whether national or cross border.

Current and future state of demand

An overview of the sector: 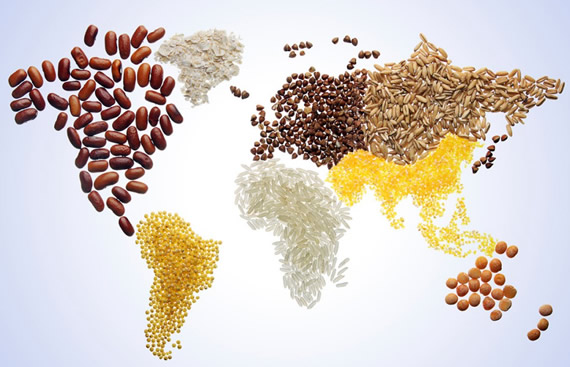 Traditionally, this sector is considered counter-cyclical, and in Spain it is marketed through various destinations which have a higher degree of diversification than in other countries: in 2019 food production was sold in foreign markets (€ 31,300 M), bars and restaurants (€ 20,800 M), households (€ 58,700 M) and other channels, including online, (€ 10,800 M).[14]

Of all those channels, there is only a relevant concentration in the Mass Consumption channel, where Mercadona holds 31.7% of the end consumer market, followed by Carrefour (7.4%), Eroski (5%) and Auchan (3.9%).[16]

This channel structure contrasts with the huge concentration in Germany, where the top five largest companies (Edeka, Rewe, Schwarz-Gruppe, Aldi and Metro) represent 76% of the market. They deal with more than 6,100, mainly small and medium, food producers. [17]

When it comes to negotiating, this uneven structure in France and Germany leads to a fierce price and quality competition compared to Spain, which offers to the producer more alternatives.

Total or partial closing of bars and restaurants during the different phases of lockdown has led to an immediate change in consumer habits. Whether these habits are consolidated or not is something that will be seen over the coming months but, as far as the supply is concerned, one third of the shops of the Food Service (Horeca) channel where the agri-food industry used to sell € 20,8 B / year are expected to disappear.

The shift of consumption from bars to households was immediate during lockdown: in weeks 17 to 20 of 2020 the increase of at home consumption compared to the same period of the previous year was shocking: 145% in flours and semolina, 94% in spirits, 62.7% in beers, 56% in wines, 55% in snacks, etc. By channels, e-commerce experienced the biggest increase, growing 102% compared to the same period in 2019, followed by traditional stores with a 38%. [19]

Industry winners and losers from COVID-19:

It is obvious that bars and restaurants are the big losers due to lockdown, especially small business with under 5 employees, which amount to 90% of the total, that is 270,000 bars. Most of them have low margins (average EBITDA/sales of 5.9% in 2018) and limited cash flow (75% of bars and restaurants have less than 85 days of cash on). According to the president of the HORECA Association of Spain, José Luis Yzue, at least 100,000 bars and restaurants will disappear. 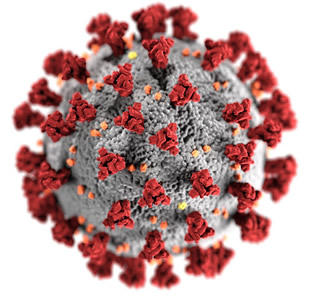 As for larger companies, those food and beverage companies which based their distribution in the Food Service (Horeca) channel may have to reinvent themselves or disappear.

The other big loser is the beverage sector, especially where spirits, beers and wines are concerned. In 2019, 65% of the beer and 60% of the spirits consumption in Spain was done through the Food Service (Horeca) channel, where the margin was also higher than in modern trade channel. [20]

But there are also winners, such as the large distribution chains and the agri-food companies with a competitive product that is also well positioned in the household, home delivery, online and/or specialist channels.

The big winners are those companies with less weight in the Food Service (Horeca) channel and with a partnership with the main modern distribution groups, be it Mercadona totalers, Carrefour or Auchan main providers, or well stablished in Cash & Carry, which have been able to adapt their production, doubling shifts and maintaining quality and safety.

In terms of prices, analyses data shows that household consumption has increased more in value than in volume (13% € turnover increase versus 10% volume increase), which suggests that consumer prices have gone up. Whether agri-food companies were able to take advantage of this or not will be further analyzed separately. [21]

As previously mentioned, there has been a change in the structure of demand, with less bars and restaurants, that will be partially absorbed by the at home channel. The forecast is for a flat growth in the at home channel and food mass consumption for 2021, which is a lot, since it will hold on to the rapid growth of 2020. [22]

It is unlikely that the demand for Food service (Horeca) will recover to 2019 levels. One of the reasons being the decrease in supply: those stores that are disappearing will not find it easy to reopen when consumption kick-starts, due to the difficulties faced when trying to open a bar or restaurant, regardless of its size (licenses, investment, working capital, etc.)

The large groups of at home consumption are reacting to gain what has traditionally been known as share of stomach and cover the supply gap of those wanting to eat out. This will lead to a greater concentration of the agri-food customers, more demanding prices, tougher certification and quality requirements, etc.

For all the abovementioned reasons, 2021 will be a very difficult year for beverage companies, especially for those marketing spirits, wine and beer. Many of them will disappear due to the closing of their clients. The food companies more directly impacted will be those aimed at the local market in the most touristic regions (Balearic Islands, Catalonia and Canary Islands).

We are getting closer to the supply structure of our French neighbour, with less bars, less weight of the Food Service (Horeca) channel, and more weight of the mass consumption channel. But there is still a long way to go before the market accepts the product and range segmentation existing in France.

We will see a concentration of the agri-food sector around the big players, well financed, efficiently managed, with new product development and economies of scale and flexibility in the production capacity. We will come back to this in more depth in coming articles.