Mergers and acquisitions activity in the agri-food and beverage sector in 2020 (I):

Regarding the number of operations, the most relevant sectors were IT, consumer products and healthcare. On the contrary, there was hardly any activity in the Horeca, tourism and leisure operations that other than those carried out before March.

Within the consumer product sector operations, two industries stand out the most: the meat industry, whose M&A activity is the subject of analysis in this article, and the fruit and vegetable industry, which we will analyze in the next one.

They are followed far behind by the dairy industry, fish, bread and pasta, the beverage sector, snacks and new foods.

The large pig operators, located mainly in Aragon and Catalonia, are the ones responsible for the M&A activity during this year and the previous one. In fact those two regions gather more than 50% of the pig herd, that is, more than 16 million heads, with Spain being the main producer and exporter of the EU.[2]

The value chain of the pig sector comprises several phases that these groups have already been integrating either by acquisition or by growth of operations: genetic processes, feed, farms, tripe, slaughterhouses, cutting, processing and marketing.

These groups are family based, some of them in their third or fourth generation, and they tend to have healthy balance sheets, and are traditionally alien to venture capital.

For a few years now they have been seeking no only to expand their production to other meats, such as poultry, beef, goats, Iberian, etc, but also to vertically integrate to increase its margins, control traceability and take advantage of its excellent relationships, sometimes mutually dependent, with large distribution. 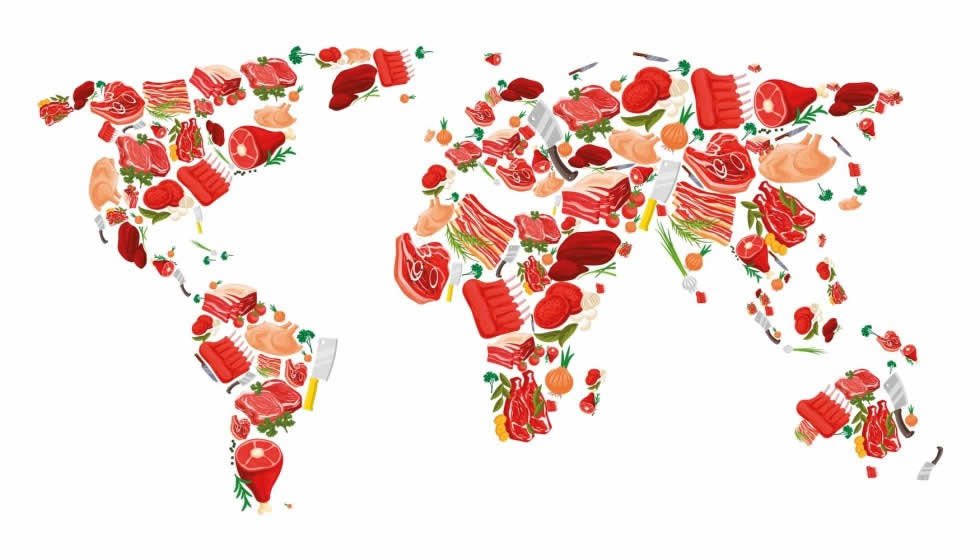 Thus, the following are the most recent operations showing this trend[4]:

✔   Vall Companys has entered the poultry sector with the purchase of Inasur (16 M chickens and sales of € 67.2 M in 2019), just one year after becoming the majority shareholder of Carnes y Alimentos Mas Crespo. Furthermore, they have reached a collaboration agreement, together with El Pozo Alimentación, to manage the Frimancha beef processing center in Valdepeñas (Ciudad Real).

✔   Grupo Costa acquired Aviserrano (turnover of € 315 million), which works with both fresh and frozen turkey and chicken meat. In recent years, it also acquired Casademont and Industrias Cárnicas Villar.

✔   In 2020 Casa Tarradellas closed the purchase of 60% of the German meat processor Herta, until now controlled by Nestlé, valuing the company at € 690 million, slightly more than its sales for the same year. Herta sells to six EU countries, but it will be controlled by Tarradellas from Spain. This way, it complements the acquisition of Incarlopsa and its status as Mercadona's strategic supplier in the meat store.

✔   Noel Alimentaria followed more in the wake of verticalization with the purchase in 2019 and 2020 of Llescats Calet, Font Verdaguer and Embutidos Sadisa, all of them producers of final products. In May of this year it acquired Tap Tap Precuinat, following purchases such as Sensi and Precooked dishes.

In short, a full on race where the big players aim to increase their production as well as their share of the Spanish stomach, while the smaller players have to specialize and go for a more segmented market in tastes, presentations, range and product.

In this acquisition path, the entry of large and medium-sized competitors in acorn-fed ham, diverse meats and ecological and sustainable production makes sense, beyond maintaining their traditional range. Acquiring companies with new food technologies that can improve production in various phases of the process should also be a good choice.

Nevertheless, investment in Spain is not the only strategy: The high historical export quotas of companies in the sector, which have tripled in recent years, and the importance of China as a receiving market, with 635,000 tons in 2019 [5], suggest that the future challenge of these large groups seems to be further out of their comfort zone, establishing permanent operations in China via acquisition, merger or partnership with a Chinese group.

Therefore, it should make sense for the large Spanish meat groups to establish operations in this country to reduce the risk of abrupt decisions by the Xi Jinping government, such as those it made regarding German pork exports, increase its margin and have more control of the product and the distribution chain. The first to establish a permanent alliance to produce and market pork in China may be the winner.